Oscar Fingal O'Flahertie Wills Wilde was born on 16 October 1854, in Dublin, Ireland, the second of three children born to writer Jane Francesca Agnes  and surgeon Sir William Robert Wills Wilde. Wilde's mother was a prominent revolutionary poet and a nationalist considered an authority on Celtic myth and folklore; his father, a successful ear and eye surgeon and noted philanthropist, who was also an author. Oscar had an older brother named William and a younger sister, Isola.

After his initial years of schooling at home, in 1871 he entered Trinity College, Dublin, then went on to study the classics at Magdalen College, Oxford, England from 1874 to 1878. It was here that he came under the influence of writer and critic Walter Pater and helped found the Aesthetic Movement, "art for art's sake". Wilde excelled in his studies, winning many prizes and awards already in his academic years.

He then settled in London in 1881. That same year he set off on a long tour of America and Canada to deliver lectures on aestheticism. He arrived back in Europe in 1883 and lived in Paris. In 1884 Wilde married Constance Mary Lloyd with whom he would have two sons; Cyril born in 1885 and killed during World War I, and Vyvyan born a year after his brother who would become an author.

In 1891 Wilde met English poet Lord Alfred Douglas "Bosie", son of John Douglas, 9th Marquess of Queensberry. It was the beginning of a tumultuous relationship that would cause many problems for Wilde and eventually lead to his downfall. Alfred, on the other hand, had a tempestuous relationship with his father and this did not help matters. He disapproved of his son's lifestyle so when he learned of his openly living with Wilde, he set out to defame Wilde and planned to publicly expose and humiliate him.

Oscar took legal steps to protect himself against the Marquess but he ultimately won a case and Wilde was charged with "gross indecency" for homosexual acts. The writer was sentenced to two years hard labour which Wilde served most of at the Reading Gaol outside of London. After Wilde was imprisoned, Constance had her and her sons' last names changed to Holland. Now a prisoner, Wilde turned to his pen and wrote many essays, poems, and letters.

He was released from prison in May, 1897 and went to Paris completely ruined. Changing his name to Sebastian Melmoth, he is thought to have lived his last years with journalist Robert Baldwin Ross, also his lover and last heir.On his deathbed, Wilde was baptised into the Roman Catholic Church and received Extreme Unction. Oscar Wilde died of meningitis on 30 November 1900 and rests in Père Lachaise cemetery in Paris.

'Art for art's sake' refers to an attitude or a philosophy to evaluate a work of art for its intrinsic aesthetic merit, not linked to moral, utilitarian, social or political function that it is expected to relate itself to. A work of art involves an aesthetic experience as much on the part of the artist as on the part of the reader or observer. The value of the work lies in the value of that experience. A work of art may or may not have a bearing on any real issue or problematic, but it should not be assessed in terms of such issues.

Oscar Wilde's work often reflects a close connection between his art and his own life. Early in his career he wrote fairy tales in which, as in all good fairy tales, the good and pure always triumphed in the end. They differed, however, in one important aspect. Wilde chose to give us the evil within human beings rather than showing evil as an external force which corrupts the human soul. Written for "children from eight to eighty", the tales can be read as a representation of Oscar Wilde's own battle against the evil forces within himself, and of his wish to remain in a world of childlike innocence. One of Wilde's best-known novels, The Picture of Dorian Gray, created a public outcry when it was published in 1891. The novel's implied homosexual theme was considered immoral by Victorian society, a society in which homosexuality was considered not only immoral and unnatural, but was also a serious criminal offence punishable by imprisonment. The novel tells the story of Dorian Gray, an extremely handsome young man, and his selfish pursuit of sensual pleasures. When his friend Basil Hallward paints his portrait, Gray expresses his wish that he could forever stay as young and as charming as the portrait: "I would give everything. I would give my soul for that!" Not long after, he discovers that his wish has come true; the more corrupt and immoral Dorian becomes, the older and uglier the figure in the portrait appears, while Dorian himself retains his beautiful and youthful appearance. In fact, Wilde portrayed what could happen to someone who cannot control his evil impulses. However, the press at the time attacked the novel for being absolutely immoral.

Of all his stage comedies, his last, The Importance of Being Earnest , is generally considered to be his masterpiece. It was first performed in 1895, and was an immediate success although it is actually an attack on Victorian society, in particular on its social and moral hypocrisy, the social class system, the attitude of marriage as a social tool, and the triviality of aristocratic life. We may wonder how it could be that Victorian audiences could laugh at a play that satirized them and their values. The play is written as a farce and the answer lies in Wilde's genius in the genres of wit and farce. The situations and the characters' attitudes, reactions and customs are so improbable and exaggerated that they cannot be explained by reason. The fact that the characters and the situations are so ridiculous creates such a distance between the story and the audience that this same audience can laugh at them. 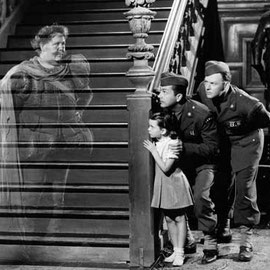 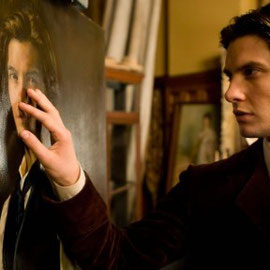 1887 The canterville Ghost
1888 The Happy Prince and Other Tales