Fables and stories from fascinating and unknown Africa 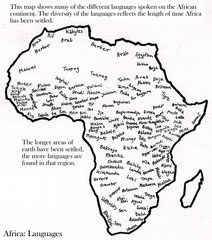 Nicol was educated in medicine and natural sciences in Sierra Leone, Nigeria, and England, read more...

Ama Ata Aidoo was born in a small village in Ghanas' central Fanti-speaking region in 1942. Her father had opened the first school read more...

Professor Paul Tiyambe Zeleza is a pre-eminent African scholar. He is one of the most important scholars in the field. In 2006, he received the Penn State College of the Liberal Arts Class of 1933 Distinction of the Humanities Award. Zeleza’s work not only challenge the traditional Euroamerican framework, but he is read more...

Jabu and the Lion

Why the sun and the moon are in the sky

How the Zebra Got His Stripes

Long ago, when animals were still new on earth, the weather was very hot, and what little water there was remained in pools and pans. One of these was guarded by a boisterous baboon, who claimed that he was the 'lord of the water' and forbade anyone from drinking at his pool.

When a zebra and his son came down to have a drink, the baboon, who was sitting by his fire, jumped up. 'Go away, intruders,' he barked. 'This is my pool and I am the lord of the water.'

'The water is for everyone, not just for you, monkey-face,' shouted back the zebra's son.

'If you want it, you must fight for it,' returned the baboon in a fine fury, and in a moment the two were locked in combat. Back and forth they went, until with a mighty kick, the zebra sent the baboon flying high up among the rocks of the cliff behind them. The baboon landed with a smack on his seat, and to this day he carries the bare patch where he landed.

The zebra staggered back through the baboon's fire, which scorched him, leaving stripes across his white fur. The shock sent the zebra galloping away to the plains, where he has stayed ever since. The baboon and his family, however, remain high up among the rocks where they bark defiance at all strangers, and hold up their tails to ease the smarting of their bald patches.

How the snake lost his legs

In the story of how the snake lost his legs, the moon is portrayed as a sympathetic deity who looked into the future, and saw that a terrible drought was impending. She called to Mantis. 'You must take your wives and children and all the birds and animals and move from this area, for soon there will be nothing here but a desert,' she warned him.

So Mantis told everybody, and all the animals packed up and trekked away to places. All but the snake, which in those days had legs like other animals. He was lazy, and did not believe Mantis. 'No, I will stay here. Your drought will not worry me,' he said. But soon, when no rain fell and the grass shriveled and all the little fat frogs hopped away, the snake grew thin and hungry and decided to follow the others.

By then, however, the land had become a desert, and each weary foot the snake put before him sank in the hot sand. At last, in desperation, he cried: 'Oh Moon, I am ashamed of myself. Save me from the sun and I will change my ways.'

The moon took pity on the creature, and in a moment the snake found that his legs had shrunk away, and on his gleaming skin he could glide easily across the hot sand without sinking into it as before. Whether the snake really did change his ways when he had found his way out of the desert, we are not told, but in view of the general feelings about these reptiles, I think it is doubtful!